Five out of Ten #9: Time – out this Saturday 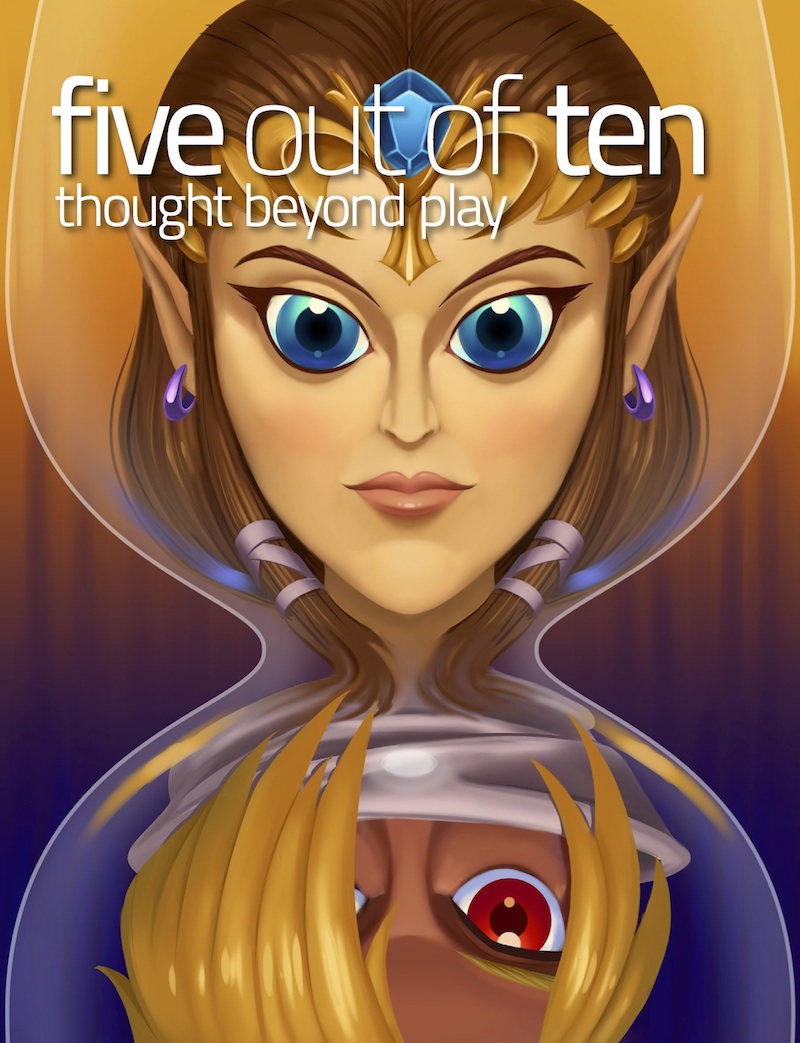 “Time spent doing what you love is never wasted”.

We’re delighted to announce the release of Five out of Ten #9: Time on Saturday, 9th August 2014. Time features ten outstanding essays from Becky Chambers, Chay Close, Jordan Garland, Joe Köller, Kaitlin Tremblay and Alan Williamson, with cover artwork by Trevor White. It’ll be available in PDF and ePUB formats from the Five out of Ten website.

I Was Born For This: Exploring the musical triggers of memory.

No Refuge: Bullet Hell and the Art of Excess: Examining a genre of games which overwhelm our senses with a unique challenge.

Wanderer in a Sea of Stars: Space exploration games like Out There are a unique way to experience the sublime.

Death of a Marksman: Military shooters need to emphasise dying, not killing.

Creature Comforts: We can form bonds with animals in games that are stronger than any human companion.

It Takes Time: Mountain provides a stark, refreshing take on the depiction of mental illness in games.

The Temple of Time: Learning to embrace the worship of nostalgia with The Legend of Zelda: Ocarina of Time.

Silence from a Dead Land: What will happen to the world of Lordran when Dark Souls’ servers are decommissioned?

If you’re new to Five out of Ten, get started by checking out our catalogue – nearly two years of the best in independent games culture writing.