Everyone is probably tired of hearing the ‘new year new you’ lines, because let’s face it – some resolutions you just don’t ever intend to keep.

In the spirit of acting accountable, some of the Five out of Ten team set out to outline their ‘New year – video game’ resolutions. Lets see if they stick to them by the end of 2017! 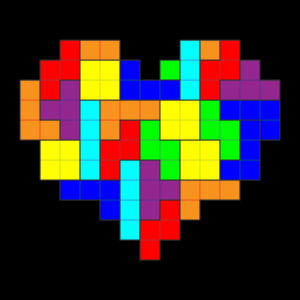 It’s easy for me to make a list of gaming resolutions in 2017: I can just take a photo of the shelf of unplayed games behind me and get cracking on the backlog. There are some shameful entries in that list — Metal Gear Solid 3, Shadow of the Colossus, Red Dead Redemption — that I can only blame on taking six months to complete Okami HD. I don’t regret a moment of it, but I wish I’d played it back in high school when I had more free time!

There are other goals for this year: I will finally complete Dishonored (the original), I will not buy a PS4 or Switch until I’ve cleared most of the outstanding games (but I may skip Ni No Kuni and the ridiculous Steam sale backlog), and I’ll bring the 3DS on the road with me more often.

I’ve never done New Year’s resolutions before now. I tried in the past to complete My Pile of Shame and that didn’t work at all. Not at all!

Strangely, going into the end of last year I set some goals. Then I opened up this blog post and saw that I basically have the same goals as Jess. Should have just copied/pasted hers (minus the Australian/Azerothian excursions).

By the end of 2017 I will develop a game and release it. I’ve been learning GameMaker gml programming and it’s been a blast. Right now it’s a puzzle platformer that takes as its inspiration the classically infuriating puzzle box (those wooden blocks that can only be opened by non-obvious means). The main character is a crow.

My new year’s video game resolution (aside from trying to carve out a bit more time to play some games during the year) is to make a start on creating a platform game to release (hopefully, or at least finish) by the end of 2017. In a bid to be more creative, I want to try and draw at least some of it.

I want to try and find some time to get back to playing World of Warcraft with my friends in Australia (MMOs are great for catch ups as well!)