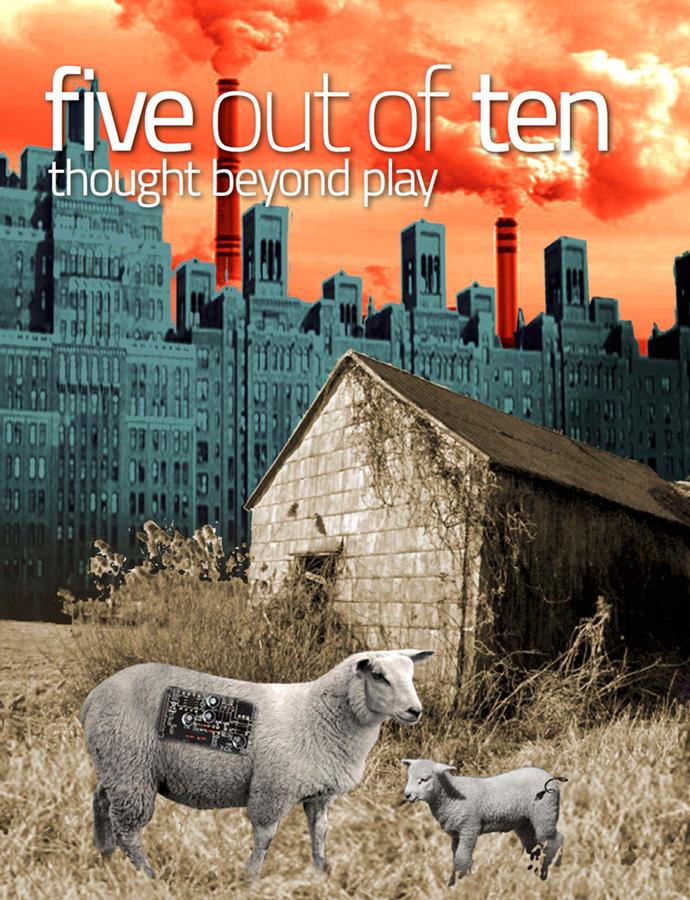 This is the first issue proudly brought to you with the support of the Five out of Ten Patreon and incorporating Issue #0 of ME&R Zine!

Love, Dad: A son’s attempt to solve the puzzles of Myst, memories, and fatherly love.

Die Qual Der Wahl: Unlearning the torture of choice and committing to the possibility of failure.

Shifting War Narratives: The true hardships of war are exposed when we focus less on battle on more on empathy.

Dates of Future Past: When dating is a game, you can swipe right to play, but winning requires a different kind of skill.

Surviving Sevastopol: Alien Isolation‘s derelict space station isn’t just the lair of a hunter. It’s an enemy in itself.

Drink Deep the Dirt: The Martian colonist game and 202nd IGF winner sparks controversy – on both Mars and Earth.

Pens and Swords: The future of games lies with people, rather than algorithms, acting as dungeon masters.

Free PDF Preview
Whenever you purchase the magazine, you’ll receive a link to download a PDF, ePUB and MOBI (for Kindle). You’ll also create an account, which will allow you to download your purchases at any time.