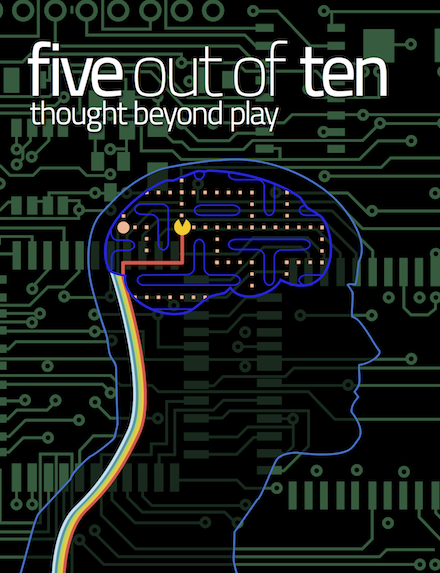 A Blur in Blue: A lapsed Sonic the Hedgehog fan goes on a pilgrimage to a fan exposition to restore his faith.
Empty Vessels: We think of game characters as blank slates, but they are lenses with personality through which we interpret their worlds.
Bodythinking: To play a game is not just to do something: thinking and reflecting on our environments are also bodily experiences.
Hunted: Amnesia: The Dark Descent inverts the videogame power fantasy, but also inverts our perceptions of horror games by giving us no means of defence.
You’re On My Crew: The Third Street Saints are loyal to each other not because of friendship, but through their bonds as a crew – their nakama.

Cultivating Heaven: In Animal Crossing, we turn the virtual into a means by which to live remote from ourselves, labouring twice over to realise a fantasy.
The Game: Star Trek: The Next Generation is an unlikely place to find a chilling vision of the future of gaming, one already coming true.
Hack Writer: How can writers describe the intricate systemic relationships of games like 868-HACK in concrete words?
Keeping Time: Some games are about more than just music – our bodies and minds become one with their rhythm.
The Banality of Addiction: Far from the sensationalised tales of death by overdose, videogame addiction is notable for its banality.

Whenever you purchase the magazine, you’ll receive a link to download a PDF, ePUB and MOBI (for Kindle). Please don’t forget to create an account so you can access your purchases in the future.