Book Club is back! Enjoy these reviews from our latest issue, Control. 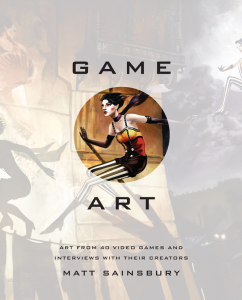 When you see a book with the title Game Art, what do you expect to see? A collection of pretty pictures that’s little more than printed desktop wallpaper? Yet another desperate treatise on how culturally important videogames are? Thankfully, this Game Art is neither: instead, Matt Sainsbury takes us through a series of exclusive interviews with game creators that celebrates the creative expression of the medium, rather than just games that look nice.

It should really be called ‘The Art of Creating Games’, as while you might think it’s another picture book, it’s actually a collection of fascinating interviews. Through conversations with developers such as Jennifer Schneidereit (Tengami), Keisuke Kikuchi (Project Zero II: Crimson Butterfly), Hidetaka “Swery” Suehiro (Deadly Premonition), Auriea Harvey and Michaël Samyn (The Path, Sunset), and Jean-François Poirier (Child of Light), we gain insight into the modern processes and problems of making games. The interviews are much more appealing than the glossy concept art on display: the book’s visual design is overbearing, working against the subtle beauty of the artwork.

Sainsbury has chosen his interviewees well, reflecting not just a diversity of games, but a diversity of themes. Naoki Yoshida discusses the difficulties of working within an existing universe while making significant creative and infrastructural changes in Final Fantasy XIV: A Realm Reborn. Elsewhere, unlikely indie game Contrast is thrust into the spotlight of PlayStation Plus on the PS4, and creative director Guillaume Provost sheds light on the opportunities and difficulties faced by Compulsion Games. Team Ninja’s Yosuke Hayashi does a poor job of justifying the crass visual style of Dead or Alive and Ninja Gaiden 3: wisely, Sainsbury lets the creators speak for themselves. Although the editorial style aspires to a mass audience, it’s likely stuck as gamer fan service, and it serves that role well.

Game Art is a surprisingly insightful interview collection disguised as a coffee table art book. The graphics are almost a distraction from the real art on display – fitting for a book about modern videogames. 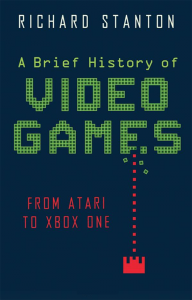 We’re reaching the point in the history of videogames where one volume won’t be enough to cover it: esports, mobile phone games, and nonprofit indie games are just three of the areas that spring to mind which can justify their own histories and publications. And, as Ian Dransfield writes elsewhere in this magazine, the History of Games as we know it suffers from a bias towards the United States. Now is perhaps the last time that gaming history will be condensed so neatly.

But if we’re going to write that volume, Rich Stanton is clearly the man for the job. He takes a different approach from American critics: a whole chapter is devoted to British computers like the ZX Spectrum. Regardless of nationality, Stanton is also one of the most thoughtful writers in games, and A Brief History of Video Games shows a deep and nuanced appreciation of everything that has contributed to the medium as we know it today. From the earliest flickers of entertainment on oscilloscopes to Minecraft and MOBAs, Stanton covers everything you’d expect (and even some things you didn’t, including my favourite game Panzer Dragoon Saga). His analysis is fair, but the opposite of dispassionate: Stanton’s love of Nintendo’s hardware mastermind Gunpei Yokoi is evident, and Metal Gear Solid seemed a glaring omission from the pantheon of PlayStation classics until I found a whole chapter devoted to it later in the book.

What would come across as indulgences from a lesser writer are simply delightful here. Stanton doesn’t just say he loves Metal Gear Solid: his discussion makes you love it too, helps you marvel at Super Mario 64. He also injects just enough personality and humour to keep the book lively while staying on the rails – see the chapter on the inception of the Xbox, ‘An Ugly Motherfucker’.

A Brief History of Video Games is an exceptional work that celebrates gaming without the obsequious flattery, a book that will engross anyone with even the faintest interest in the medium. It’s unclear whether we’ll be able to write a comprehensive history of the next forty years of games, but at least we’ve got the perfect history of the first. 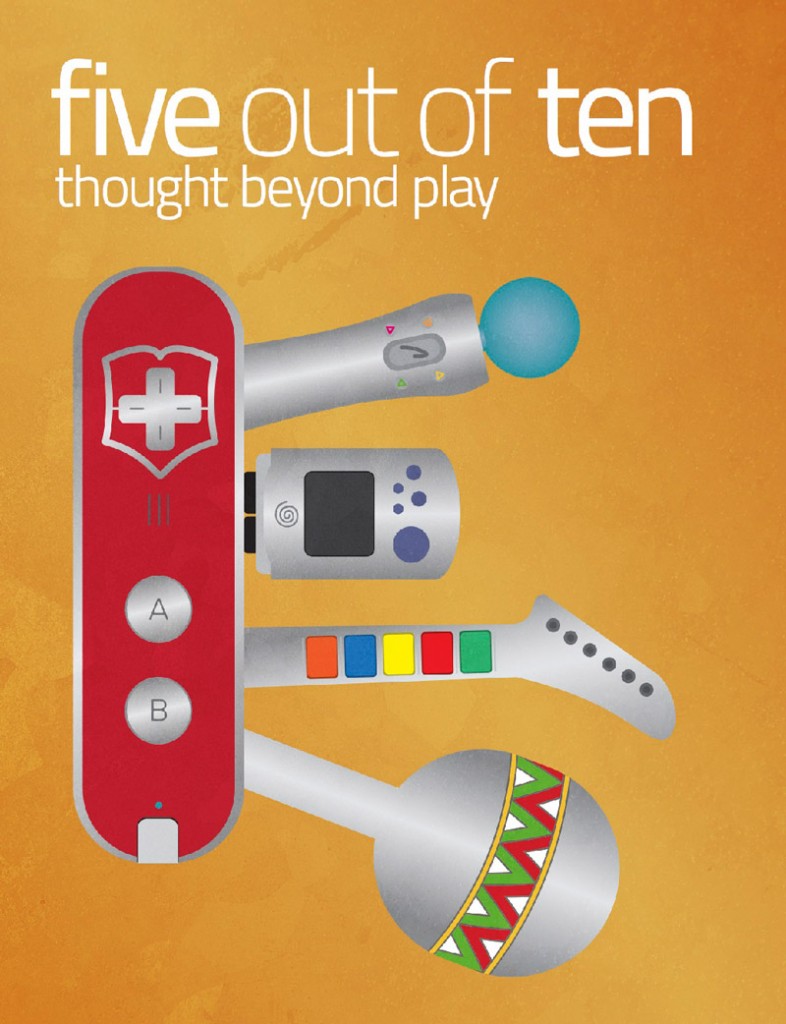 The new issue of Five out of Ten is Control: ten great features including Dragon Age and relationships, the fall and rise of the joystick, the challenges the infinite galaxies of Elite: Dangerous, how wargames depict the unpredictability of war, and the awe-filled pilgrimage of El Shaddai. Plus, five great features on Control.

Control features the work of Mitch Bowman, Ian Dransfield, Bruce Geryk, Jake Muncy, and Carly Smith, with cover artwork by Alan Williamson. Use the link below to get your copy, or try a PDF preview before you buy.