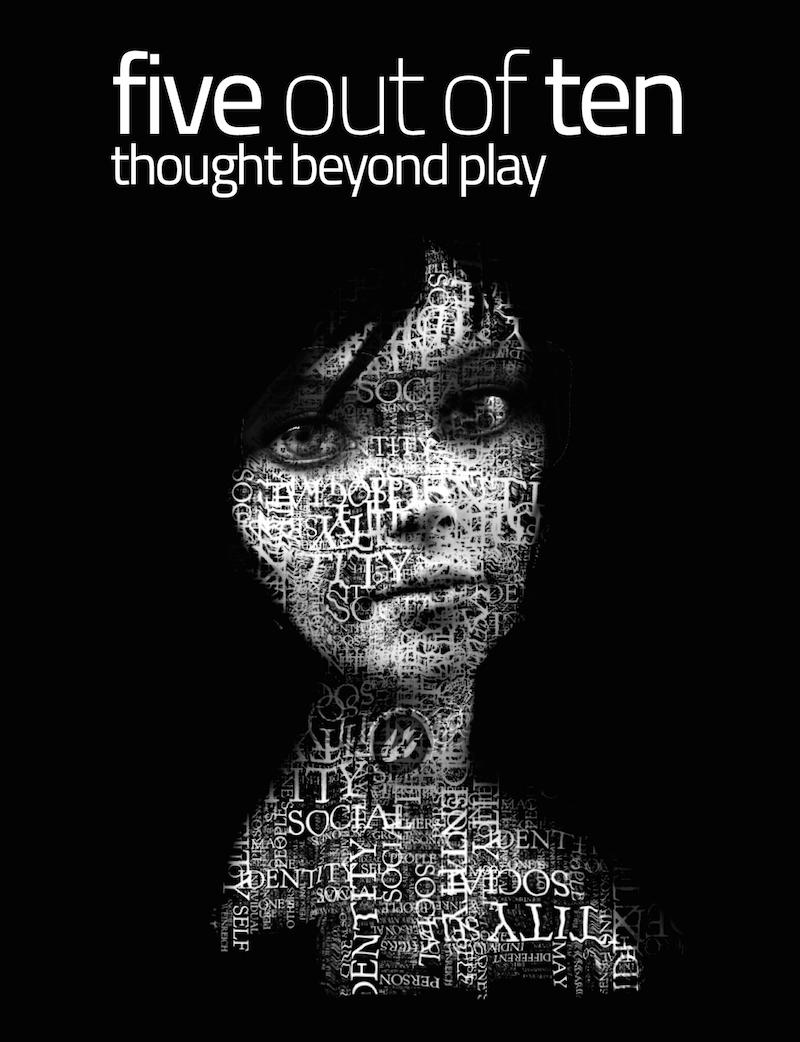 Our new issue, Identity, is out now. This is a short excerpt from it – click the link at the bottom of the post to get your copy!

With the release of Halo 5: Guardians, I’ve been thinking about the Chief. As a Sega fan (not the only one – see To Be This Old Takes Ages, elsewhere in the new issue), I found refuge in the Xbox – owning a PS2 would have been like marrying the bunny-boiler who murdered your spouse. My mum saved to buy it for my birthday, and Halo was the only game I could afford, but it was also the only Xbox game I needed.

Halo is now one of gaming’s biggest franchises, and Master Chief is an industry symbol. As I watched the launch trailer for Halo 5, I was reminded of all the things that make Halo so fun and memorable: purple lasers, bouncy Warthogs, co-op campaigns against the Covenant, all-night deathmatch marathons with friends. Halo has changed over time: it’s more explicitly futuristic now than the Aliens-inspired space marines of early games, and it has inherited Call of Duty’s speed and spectacle. Yet it has retained its personality, its larger-than-life systems and situations that naturally gravitate towards fun. Halo has an identity.

Master Chief is perhaps unique among action heroes in that he’s not just fighting to save his canonical universe; he’s fighting for the ability to fight on a metaphysical level by encouraging Xbox sales and sustaining the franchise. Lara Croft and Solid Snake can exist anywhere; Chief is Xbox made flesh. Halo 3’s launch was a genuine Media Event that echoed the ascendance of the Xbox 360; Chief’s minor makeover in Halo 4 matched the 360’s revised hardware. Conversely, my reaction to Halo 5 echoed the Xbox One’s market failure: rather than “oh yeah, I can’t wait for this!”, it was “oh yeah, I remember Halo.”

Other franchises’ identities are more malleable than Halo. Metal Gear and Final Fantasy on the Xbox; Shenmue on the PlayStation; Pokémon on a smartphone; Sonic the Hedgehog on everything – even if no one wants to play it. The Xbox One,  PlayStation 4 and PC have never been closer in terms of architecture, leaving fans to bicker over the sharpness of shadows in online forums in the vague hope of differentiating their purchases.

But this homogeneity also affects our identity as players. What does it mean to be a PC gamer, an Xbox or PlayStation fan, when they’re all just similar boxes with equal features? Look hard enough and you’ll still encounter ‘fanboys’ – remember that word? – but these days, a Triforce tattoo is an emblem of belonging, not one of differentiation. Choosing a console is less like choosing a favourite football team and more like choosing a brand of shoes: it’s a practical choice, made from the head rather than the heart.

Perhaps this shifting, crumbling identity is at the heart of the tensions we see online. When everyone plays games on a mobile phone, when games are as ubiquitous and mundane as movies or music, when your identity becomes less “Xbox fan” and more “Adidas fan”, how does this affect how we perceive ourselves? Last year, many online commentators wrote about the “death of the gamer”, but perhaps what we’re seeing is the normalisation of the gamer, or the fracturing of one homogenous identity into many sub-identities: online FPS gamer, MOBA gamer, Hearthstone player, MMO explorer.

One day I’ll buy an Xbox One. It’ll be an impulse buy in a sale, many years from now. I’ll blast through Halo 5 and remember those good times with the Chief while wearing a Sonic t-shirt that has changed from retro cool to the equivalent of an Alvin and the Chipmunks singlet. Some parts of your identity change more readily than others.

Issue #16 of Five out of Ten is out now! We visit the mysteries of Shapeir, examine why vast games are better than epic ones, explore glitch space, critique videogaming nostalgia, and discover Jewish identities in games. Plus, five great features on Identity.

Identity features the work of Daniel Korn, Jody MacGregor, Ben Meredith, AR Teschner, and Carli Velocci. Cover artwork by Craig Wilson. Use the link below to get your copy, or try a PDF preview before you buy.