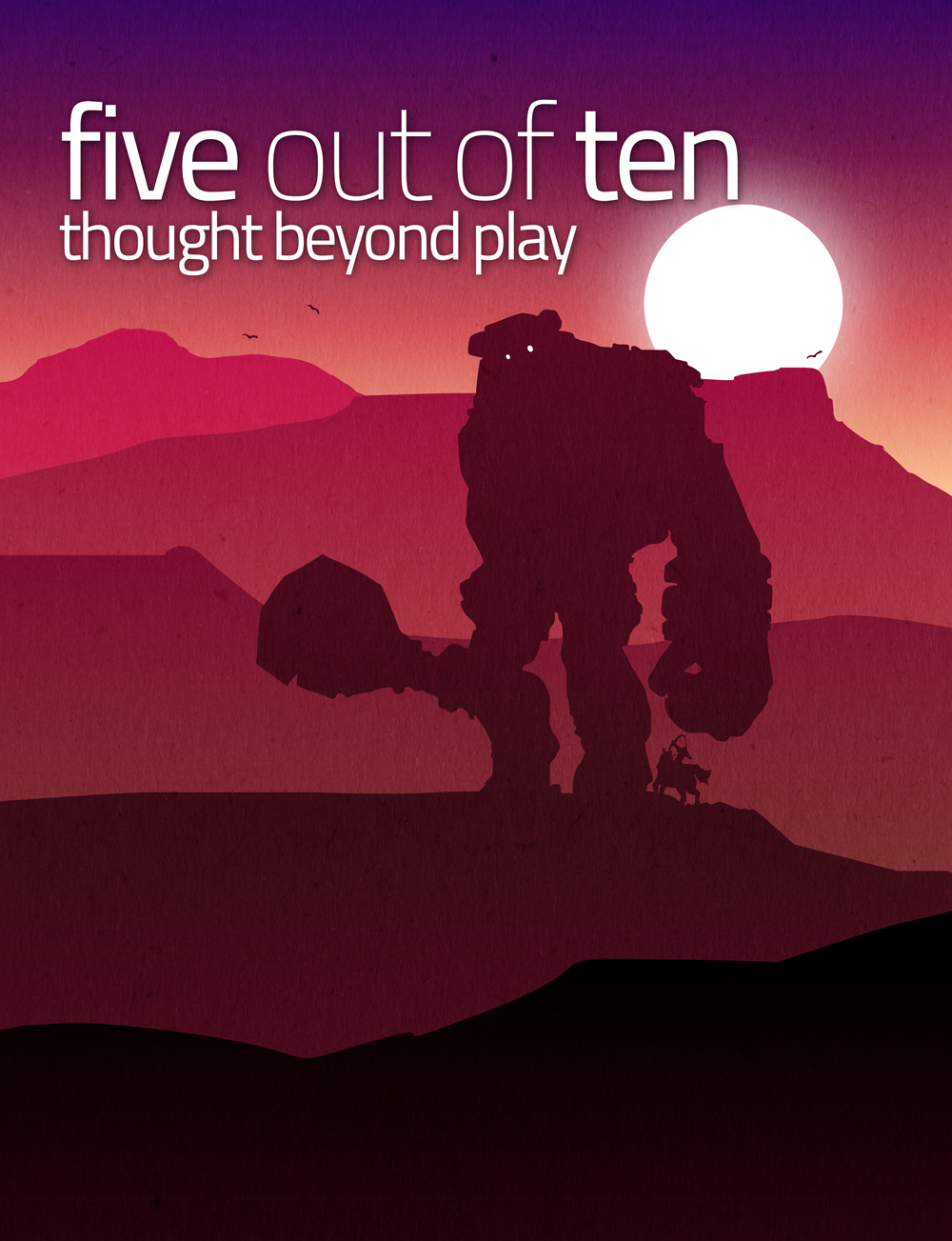 Our new issue, Fantasy, is out now. In this introduction to the new issue, Alan writes about how fantasies become realities – and the recent difficulties with working on Five out of Ten. It’s got a happy ending, honest!

Do you know why Final Fantasy is called ‘Final Fantasy’? Legend (that is, Wikipedia) has it that in 1987, Hironobu Sakaguchi was refused permission to make a role-playing game by his final bosses at Square. After the success of Dragon Quest, Square approved his new RPG idea, titled ‘Fighting Fantasy’. But Square was on the verge of bankruptcy: if the game didn’t become a financial success, it would have been Square’s… Final Fantasy. And so it was called just that.

But actually, as Sakaguchi revealed in 2007, that story isn’t true: the name came from Sakaguchi’s worry that if his game bombed at retail, he would have left the industry, and it would have been his… Final Fantasy.

Then again, as Sakaguchi revealed in 2015, the developers just really wanted a cool-sounding name that could be abbreviated to ‘FF’. ‘Fighting Fantasy’ had already been taken by the successful role-playing gamebook series, so instead it became… Final Fantasy.

Maybe all of these stories are bullshit, or perhaps none of them are. Perhaps Sakaguchi will give another interview in the future and it will be revealed that Final Fantasy was originally a rhythm action game calledVinyl Fantasy and history is the result of a ‘pass the message’ game gone wrong. The point is, when you’ve been working on something for a long time, the lines between fantasy and reality can blur. It doesn’t matter why Final Fantasy is called so: it’s always been about the fantasy rather than the finality, and at least that part of the name seems to be consistent. But it’s easy for your idealised, fantastical visions of creations to pull apart from the reality.

We’ve always been honest about Five out of Ten’s origin story: the name came from a videogame podcast that never was; the idea took flight after a transatlantic Skype call with Bill Coberly; the design was thrashed out by Craig and I in Portsmouth over two rickety laptops and a packet of dark chocolate digestive biscuits. Yet over the course of four years, it’s easy to lose sight of the original impetus for creating something. A new and exciting adventure becomes a formulaic production cycle, like yet another Final Fantasy.

Final Fantasy shows the dangers in finding success and not building upon it. 1987’s winning formula is not a recipe for success in 2016. It’s easy not to question your processes and decisions when things are going smoothly, but when the shit hits the fan(tasy), you’re no longer so precious about them. Now we have Final Fantasy XV, a game that looks to the modern conventions of The Witcher 3 and Skyrim for inspiration. You might think it’s a shame to lose such a rich history and tradition, but the original 1987 game was also inspired by Western RPGs of the time like Wizardry and Ultima. In embracing modern conventions, Final Fantasy actually moves closer to its original concept: an idiosyncratic Japanese interpretation of a Western genre. Sometimes it takes a moment of desperation for you to step back and examine what you were really trying to achieve in the first place.

I’m not going to sugar-coat it: it’s been a tough few months for Five out of Ten. We’ve had three job changes, two hospitalisations (one planned, one not) and over half our planned content didn’t materialise before the deadline. We can usually recover from setbacks, but not this many in such a short space of time. We crossed a line between problems you can solve with a regimented to-do list, and those that force a new approach to the whole process. Life was no longer getting in the way of the magazine; the magazine was getting in the way of life. While we love working on Five out of Ten and it’s an important part of our lives, if we pressed on with the same strategies and processes as before, this issue would have been our Final Fantasy, not just the regular kind of Fantasy we originally intended.

I apologise if the rest of this feature comes across as navel-gazing, but we’ve spent the past two months gazing at the metaphorical navel of Five out of Ten. I had intended to write about it for friend-of-the-mag Carli Velocci’s Postmortem, but it sadly recently went on hiatus, and our friends at The Arcade Review also closed their doors in June. Paying for magazines up front, or using a “paywall” as it’s called in the modern free media utopia, is a hard sell – and it’s tough to see your friends and colleagues unable to make money from great writing.

We gazed long and hard into the fluffy eye of our navel to determine whether we should we just make Five out of Ten free at the point of entry, making up the revenue with Patreon backers or something, but ultimately that’s just not who we are. Our founding mission statement was ”videogame criticism is worthwhile, and good writing is worth paying for”, and that’s as true today as it was in 2012. Yet something had to change, and if it wasn’t our modus operandi, then we had to change the way we approach our goal instead. With that in mind:

And that’s just the beginning. This issue has a new ‘Meet the Writers’ section where you can learn more about our contributors, and if you really want to meet the writers, we’ll be at Summer of Sonic this August (see ‘A Blur in Blue’ from Year One) and planning a special event in Sydney this September. Follow us on Facebook and Twitter for more information when we have it. We’ll be making incremental changes rather than huge sweeping ones, but it’ll add up to something sustainable – and more importantly, fun.

It’s easy to say you are changing, much harder to make the changes. Speaking for the rest of the team, we’re as energised as when Craig and I overdosed on biscuits and instant coffee while hunched over InDesign back in 2012. I believe we can make that original fantasy into a reality: independent, articulate and intelligent, meticulously edited, obsessively designed videogame criticism is worth it, and great journalism is worth the money. Hopefully you’ll join us on our quest.

Fantasy is what you make of it in our new issue, out now. Visit the store page for more information, or buy it right here using the button below!!
Whenever you purchase the magazine, you’ll receive a link to download a PDF, ePUB and MOBI (for Kindle). You’ll also create an account, which will allow you to download your purchases at any time.